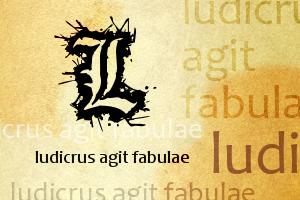 Hey all! I've moved to a new blog: Ludicrus Gaming! Check me out there; I've got an intro post up that explains what the new site's all about, and why I'm changing. Otherwise, there's to be no more posting on this blog. Thanks, all, for sticking along! It's been great.
Inscribed by Andy Hauge at 7:43 PM 0 scribblings

Email ThisBlogThis!Share to TwitterShare to FacebookShare to Pinterest
Labels: announcement

Blazing a Trail: a BETA review of the Spark RPG 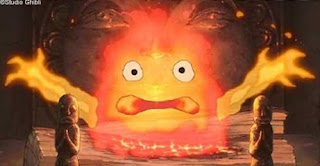 This is Calcifer, incredibly dismayed by my terrible pun. That's not important, though! I'm here to conduct a concise review of a roleplaying game called Spark RPG, currently winding up a pretty successful Kickstarter--but there's still time to get in on it. I suppose you'll want some explanation why? Well, let's see...
Read more »
Inscribed by Andy Hauge at 9:20 PM 0 scribblings 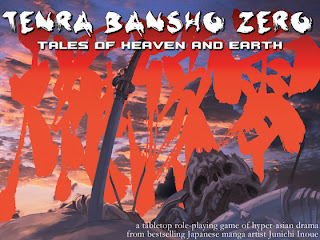 What's all this? Well, I've finally started running a game of Tenra Bansho Zero, a short-form Japanese RPG that's been recently translated into English by Andy Kitkowski. I've written a couple articles drawing from it, both here and here, and it's finally time that I relay some of my actual-play experience with the system. Spoiler alert: it's awesome.
Read more »
Inscribed by Andy Hauge at 9:00 AM 0 scribblings

Hollowpoint: a Dice Bag of Bullets 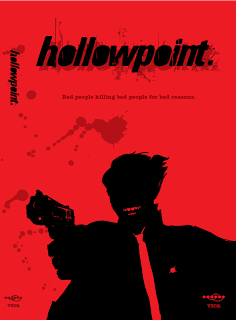 You know, Hollowpoint is really not a game that I thought I'd consider to be interesting. I'm not generally one for its motif of ultraviolence and devastation. On the other hand, I thought that The Boondock Saints was interesting for the way it portrayed characters who were driven to such extremes, and I can't deny the appeal of an action flick. Oh, and then there's the fact that I've thoroughly enjoyed Bee Train's anime Noir and Madlax, which were totally about people who killed other people (and how they dealt with that). Enter Hollowpoint, the game which gives you a splendid framework to build all sorts of stuff around, if you like.
Read more »
Inscribed by Andy Hauge at 11:57 AM 0 scribblings

We Interrupt This Hiatus... 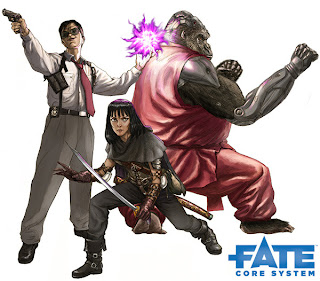 Eventually, I'm gonna get back to posting here. In the meantime...

Go back Fate Core on Kickstarter. We need to see ridiculous pony attacks. And we need to hear +Fred Hicks' evil laugh.

Inscribed by Andy Hauge at 7:20 AM 0 scribblings

The Design of Everyday Gaming: Feedback 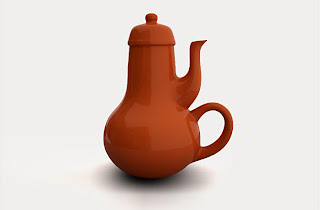 Admit it: you are completely confused as to why there's a teapot on my blog, particularly such a strange teapot. It is, in fact, the "masochist's teapot", as borrowed by Donald Norman for his book The Design of Everyday Things, which I'm currently in the middle of reading. As to why I brought him up? Well, let's just say that I found the book highly enlightening so far, and it's spurred some thoughts on game design...
Read more »
Inscribed by Andy Hauge at 5:00 AM 0 scribblings 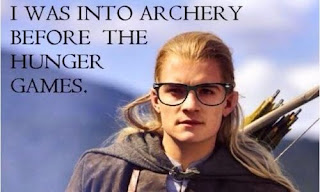 Okay, I admit that I was just trying to get your attention with that title. And that picture was the best one I found when searching "hipster elf". So, I tried. In this post, I'm going to be talking about the benefits and drawbacks of both generic and more story-specific games.
Read more »
Inscribed by Andy Hauge at 6:00 AM 0 scribblings