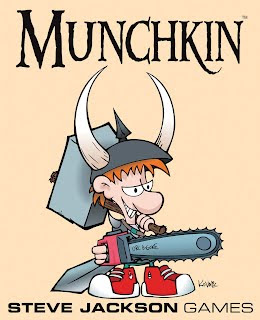 So, some time back, I promised that I'd follow up on my Identity Crisis post. I'm finally getting around to that, although the idea isn't strictly mine. I owe it to my buddy Scott for pointing out something that I said in the very end: "We've got a dungeon to crash." He then proceeded to spark quite the interesting train of thought, so let's see if I can flesh stuff out a tad.

Crashing a dungeon has two elements: the dungeon and the crash. The "dungeon" is whatever has been set up already: the world, the major plot elements, NPCs, and so on. The "crash" is what happens when the players enter the picture, upsetting the natural order, forging their destiny, and describing in great detail how they will use a 20-foot rope, an everburning candle, the halfling thief, and a wand of Ghost Sound to make a black dragon spontaneously combust. (Actually, I'm making that all up, but I'm sure there's DMs out there who've heard crazier.) It's quirky, it's ridiculous, and it's some of the greatest fun to be had.

Burning It Down
Now's the part where I talk about Burning Wheel, because...honestly, reading Burning Wheel Gold has been one of the most revitalizing experiences in recent memory for my roleplaying part of the brain. I've still been trying to piece together just why it sung true for me. I think, in light of this "dungeon crashing" idea, I have a clearer answer: it burns the dungeon down. At its core, Burning Wheel is about causing all of that carefully-laid work to go up in glorious flames, and then watching something truly magnificent arise from the ashes. World, plot, even characters are all subject to this, encouraged to flare up and break down and shape themselves into something heroic and marvelous.

When you build the character, you are in fact encouraged to (as counter-intuitive as it may sound) build a somewhat self-destructive persona...or, rather, personally conflicted persona. You are encouraged to set them at odds with themself, and at odds with the world. And that tension starts sparks, and those sparks start flames, and suddenly the whole game's afire. I think that every memorable gaming session (no matter the game system used) has some essence of this, that crash-and-burn kick-in-the-door attitude, in some respect.

And maybe that's what roleplaying games are about. We crash and burn a world with our human creativity, and a grand tale rises anew from the ashes.
Inscribed by Andy Hauge at 4:00 AM